Milnes Engineering recently wrapped up work on one of the most ambitious wastewater projects we’ve ever been involved with. Upgrading the Waverly Township Wastewater Treatment Plant was a process that involved extensive research, planning, design and project management, all to deliver an innovative solution to our client’s unique needs.

In August 2011, Waverly Township, assisted by a $1 million grant from the PA DCED H2O PA Program, set out to upgrade its wastewater treatment facility. The facility, constructed originally in 1986, consisted of two aerated facultative lagoons in series, followed by disinfection and discharge to a small stream nearby. Milnes Engineering Project Manager Mark Catalano explained that, due to the lengthy detention times in the lagoons, water temperatures near freezing were common in winter, making consistent conversion of ammonia difficult resulting in periodic non-compliance with established affluent limits.

The Milnes team then discovered the Amphidrome Cold-Nite process, a biologically active filter used successfully throughout the New England states, and Waverly Township entered into an agreement to conduct a one-year pilot study that would assess the filter’s nitrification performance, specifically on lagoon effluent. The test concluded that the filter would reliably nitrify wastewater treatment plant effluent from aerated facultative lagoons having water temperatures in the mid-30s F.

According to Catalano, Milnes Engineering, in conjunction with the filter manufacturer, developed a full-scale design based on ammonia-nitrogen effluent limits of 4 mg/l summer/12 mg/l winter as permitted by the PA Department of Environmental Protection in April 2013. The system consists of three reactors in parallel, constructed in concrete tanks below grade.  The tanks are insulated above so that naturally-occurring heat from the surrounding earth is retained and helps to maintain temperature in the reactors to allow for healthy biological activity.  The reactor processes are exothermic which also works to maintain the internal temperature.  Above the reactor tanks a small masonry building houses aeration blowers, controls and chemical feed equipment. The original facility’s hydraulic profile made it possible to insert the reactors between the second lagoon and the chlorine contact tank with forward flow entirely by gravity.

The project design phase wrapped up with construction contracts being awarded to Quandel Construction Group and Everon Electrical Contractors in June 2013. Construction was completed and the equipment placed in operation in May 2014. The Amphidrome upgrade is expected to produce fractional effluent ammonia-nitrogen at the 360,000 gallons per day permitted flow rate, Catalano said.

Milnes Companies Expands to Meet the... 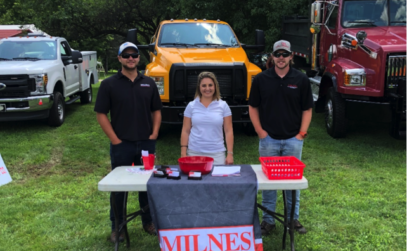 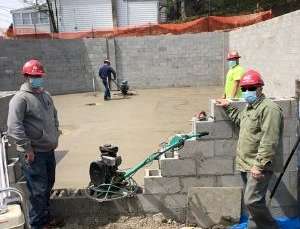 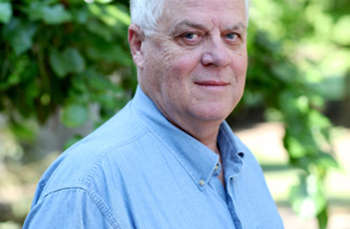