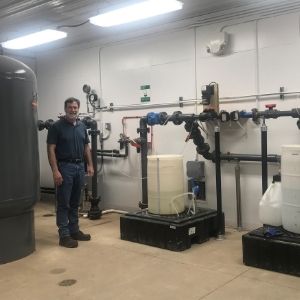 Timeline: . Project was Substantially Complete and placed in operation on February 23, 2021.

The project, in addition to the construction of a new building, included the installation of new finished water pressure storage tanks, pump control facilities, additional piping for a longer disinfection contact time, and other improvements. Brook Well House and the onsite well it serves is one of a number of facilities providing potable water to Tunkhannock Borough and adjacent communities and its construction will continue to ensure the highest standards of water quality being provided to the public. Kayla Saxon was Milnes primary design technician on the job. She assisted in the preparation of design plans, bid documents, and provided construction oversight during the construction of the project.

Kayla’s interests at Milnes is in the design of water/wastewater treatment facilities. She enjoyed working on the project, and with the Municipal Authority personnel, and expressed a satisfaction to be involved with a public sector-type project and its benefit in helping a community.

Vice President of Engineering Mick Goodwin oversaw the development of the plans and specification and was instrumental in securing the necessary regulatory Permits for the Project.

The Project was funded entirely by the Tunkhannock Borough Municipal Authority from reserve funds in its general account. 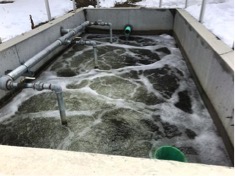 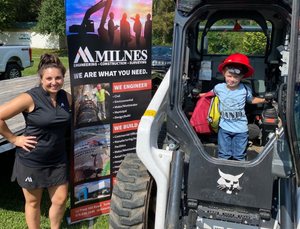